More often than not I find myself wondering why I’m learning Japanese. Apart from karaokes, one of the reasons is I deeply enjoy how fundamentally weirdly conceived it is. Let me show you by first taking you through an historical journey… It will be more verbose than my usual posts, but also more informative about everything that’s cool in the japanese language. Also I’m still learning so everything below is 1. simplified, 2. only based on a small part of the language, 3. error prone but I think I’m mostly right.

A brief history of written text

Long ago, Japan didn’t have a writing system. They saw that China was doing well with their and they thought “gotta get us some of these”. So they did the most natural thing of all and kindly borrowed the chinese writing system.

However, a problem arose when spoken japanese and spoken chinese had always been very different all along. But more was needed to discourage the fierce ,,, … inspiration attempt by the brave japanese people who really wanted to improve to the level of their onii-san. So the order of words in a sentence is different ? Who cares. we’ll just put small numbers next to the chinese text so that we know in what order to read it in japanese ! Thusly establishing a correspondence between japanese spoken words and chinese written words. 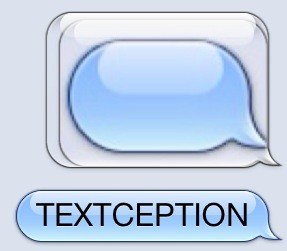 Apparently that’s what happened for a while and everything waskinda good-ish I guess but someone somehow thought this system may need a little bit of improving. And seeing how the japanese language has conjugation and stuff it would be nice to have a small set of symbols that we could for that. So they came up with the idea of selecting a symbol per sound (syllable). And since chinese characters were a little bit complicated and they needed to write fast, they decided to simplify them. But hey, you have several ways to simplify stuff.

The two main ways were to either remove a couple of pen strokes (origin of katakana), or go for a whole stylish redesign with simpler strokes (origin of hiragana). For instance, the symbol 久 chosen for the sound ku could be either ク or く. Unable to chose between those two brillant ideas apparently, they kinda kept both (in addition to the chinese characters, the kanjis). That resulted in a gigantic “3-alphabet” mess, apparently hiragana were originally used by male scholars and katakana by women, but I guess it was too sexist ? so it ended up being hiragana for conjugations and particles and katakana for words of foreign origins. Eventually they decided to write words in the right order and everything was as fine as fine could be.

From Chinese you say

But the thing about chinese is it’s totally different from Japanese, and a lot of chinese pronunciation nuances were lost on japanese readers. Therefore, the japanese language is full of words that sound the same but are spelled differently. Also every character can be pronounced at least two different ways, right ? I mean the chinese way (onyomi) and the japanese way (kunyomi). And compound words create a lot of new prononciations, so the japanese language is also full of words that writes the same but sounds differently.

And of course you can mix and match this with the meanings, so that one word can very well be written in different fashions and pronounced the same, or written the same and pronounced differently.

But since a short example is worth a thousand words let’s consider this guy : 日 hi, a day or the sun, according to the context. Turns out it can be pronounced nichi in compound words, like 日曜日 nichiyoubi (sunday, where you can see it’s pronounced differently at the beginning and at the end).  Apparently it can be pronounced jitsu too. Turns out you use that word too to count the days of the month, and in that case it can be pronounced either nichi or ka (if the number is < 10 or ends by a 4. The first day of the month being an exception). And you use it to count the days of the week in which case it’s bi in youbi (see above). And then just for the lulz if you put clear + day you get tomorrow written 明日 pronounced ashita (or asu apparently but it’s written the same way and means the same things so I guess who cars ??), or you use 昨日 pronounced kinou to say yesterday. But at least there are not really any other way to write day, contrary to person, which you could write 人 pronounced mostly hito or jin or 方 pronounced kata (but which can also mean direction in which case it’s pronounced either kata or hou… but I think I’ve made my point by now.

And then came the westerners 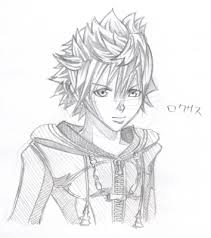 At this point I feel obligated to drop a word about the influence of the whole western culture on Japan. Let’s skip over the fact that half the japanese vocabulary is actually english butchered because japanese language doesn’t have consonants =p I just wanted to highlight a couple of brillant cultural heritages that were forced upon the japanese people, like a brand new fourth alphabet (because why stop at 3, come on people) that is rarely used except to write the name of the culprit on the bathroom wall (dangan ronpa spoilerts) or insert X into anagrams to create mysterious names. But our most remarkable contribution to the Japanese language, to me, is the fact that they write their numbers in packets of 3, but the language works with 4. To clarify, they write 100 000 is for us 100 thousands, but for them it is 10 “man”. And that’s the reason why you will never be able to read a big number in Japanese.

Can I call you Sasuke-chan ?

Oh yeah just dropping a word about why the Japanese always make a big fuss in the anime about how they call each other, and why the transition to calling by last name to calling by first name is important. It’s because they kinda don’t have a definitive proper word to say “you”, so they end up using each other’s name quite a lot.

I focused mainly on the historical oddities of the Japanese language, but there are fortunately billion of cool insane oddities inside the spoken language by itself. Most words correspond to a particular register of language, and sometimes the polite version of it is a totally different word (itadaku for instance is a more polite verb for receiving (morau) or eating (taberu)). Also, when you are polite, you have to use humble lowering vocabulary speaking about you and polite praising vocabulary speaking about the person you’re talking to. That makes another set of words : you can only say furansu-jin (inhabitant of France) about yourself, you have to use furansu no kata for someone you’re talking to. delightful. I also really love the fact that you have expressions, words and particules that sound more manly or feminine, and you even have particules designed specifically to sound more manly/assertive (put a “na” at the end of a sentence to sound moar manly. go ahead try it).  So yeah that’s another variation.

Oh and also the numbers are kinda different according to what they quantify. Like… 3 cylindrical things is sanbon when 3 flat things is sanmai /o/

Apart from all that Japanese is a very lovely language structured very differently from ours which reminds me a little bit of state machines and painting. As in a lot of stuff are implied by the context and the previous sentences so you can just use a little dot of paint, a few words, to convey a lot of stuff.

Part of the fun of the japanese language is its weirdness and oddities. I believe that if you were to build from scratch a whole new language trying to make it suboptimal, you couldn’t do a better job. And nothing beats the satisfaction to discover that husband is written with the chinese characters for master, or that rape is written with three times the character for woman, or that eakon is actually translation and short for “air conditionner”, or bilu short for “building”… There is a deep satisfaction to jump into a language in which, when you ask a native speaker what a sentence means, “I don’t know” is a perfectly valid answer. Go for it. Also, karaoke.

I will probably get back to this article at some point to expand on this section because as you learn more and more vocabulary you realize that they have tons of word for the same concept, really precise words for weird concepts, and that most complex words use kanjis that are never used by themselves. Like 停車 which is a fairly common word for a train stop, is written like this, derived from the verb to stop, 止まる/とまる, for which one of the deprecated never used anymore writings used to be 停まる, so you end up with a bunch of derived words using 停, another bunch using 止 and only your eyes to cry about it. So you end up with words whose substrings are outdated words that dont exist anymore but correspond to other forms that do still exist. Anyway the party is far from over, I’ll rewrite that later. ^^

4 thoughts on “Why Japanese is amazingly suboptimal”