Since it must be clear by now that meta is one of my interests, it will come as no surprise that I’ve been planning for a while to do a meta-article about this blog.

Meta, if you’re still wondering, is the qualifier meaning “additional level of self-reflection”. Any work that’s self-aware, parodical, analytic… of its own genre is at least a little meta. Like a book about books, a song about music, or writing a play about people writing a play about writing a play… (In fact, the example of [title of the show] is one of my favorite because it borders on the notion of Quine, a computer science concept qualifying a program whose output is its own source code).

So what would a meta-article be like? Could be an article about the structure of my articles, but let’s face it, it’s probably not the most interesting thing to discuss and people have probably done it in literature class. So rather than focusing on presentation, I’d like to focus on content.

And here’s the thing: a reflection about reflection is also about itself, since it’s a reflection. It’s the mathematical property known as projection (a very fitting name considering the rest of this article). Similarly, this article about articles is also about itself. Wouldn’t then meta be a very elegant gateway into a fixed point in abstraction? And tend towards some kind of absolute transcendence? I think my god is the concept of concept (I mean think about it it’s the realest truest thing that exists ever!)…

Most articles are at least to some extent absurd and nonsensical. They claim an unusual take on problems, which can obviously seem far fetched (most telling example would be looking for the meaning of life in Spice Girls’ Wanabee I suppose). But I think it goes beyond the humorous effect of juxtaposition of serious philosophy and supposedly mindless pop culture.

I think it dives into how, even unconsciously, a production of art is revealing something about its author. Furthermore, in a very quantum-physics way, any observer to any work will project meaning and interpretation onto it, thereby investing as well part of themselves. This projection is also a form of expression and reveals, however slightly, the inner-self to the self.

The work of art, often qualified of “window to the soul”, then appears as the base to a shared artificial construct of sense built both by the design and the interpretation. It’s far from absurd to look into that complex interconnection for answers about life and human nature.

In this optic, wouldn’t the nonsensical be the blankest, purest and more revealing thing to project upon? Could it be one of the core elements of the surrealists‘ automatic writing, or monochrome paintings? On top of challenging preconceived notions and semantics, they offer an unadulterated look into the self and its expression. Thus the least sensical could paradoxically prove the most informative to read into. 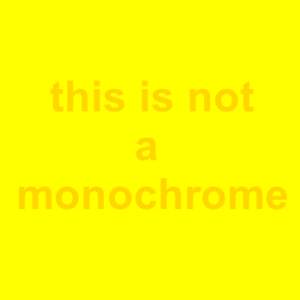 Looking for sense within nonsense is not such a far fetched idea. Most of culture is sense arbitrarily built on top of nonsense. Sports is a set of semantics made up from the existence of a ball, religion is a set of texts and values derived from daily life…

In a way, most part of existence is inherently absurd, and facing this absurdity is the cause of existential turmoil. The nonsense of this blog and these reflections mirrors the nonsense of a world containing its own absurdity. Faced with the Absurd, we’re weaving a web of semantics to fill the emptiness. Much like Sisyphus, building sense on top of the nonsense is a only way to manage the absurdity of life.

The very answer to life, the universe and everything, 42, chosen by Douglas Adams for the sole sake of being absurd, has seen a multitude of semantics built on top of it. Even the very definition of art, etymological root of artificial, man-made, tends towards an absolute that transcends mankind.

And if nonsense is a pathway towards the essence of the self, so to is the much discussed here deconstruction of something a path to its essence. It is the very meta act for a work to look for meaning in the destruction of its self-aware tropes. Isn’t it meta, and especially meta through art, that reveals Hamlet that “All the world is a stage“, and that reveals Hamlet’s stepfather to himself?

Isn’t meta a wonderful key to ascend in the levels of abstraction, and I think we should rejoice that layers after layers of self-consideration from our postmodern postculture is building this babel tower towards the world of raw information. Isn’t this self-reflection the very act that gives meaning to the world? That makes you exist? (isn’t it God, since “what’s god if not the spark that started life” ^^ I’ve realized that my God is the Concept of Concept). I mean what is the meaning of life was understanding the meaning of life, wouldnt that be super elegant like a fixed point in meta or something…

And sure, meta may seem lazy and easy.  After all, you’re writing about what’s right there. It may even seem, like this article, as self-referential arrogant bullshit. But as Amelie Nothomb puts it so elegantly, the only human being you can peek into is yourself. It’s not a surprise that one of the most famous philosophical statements that pierced through time is Socrates’ invitation to self reflection γνῶθι σεαυτόν. It’s often translated by “Know thyself”, which means take a step of reflection towards your behavior. But it also means to take a step of reflection towards your reflection, and so on and so forth, so we all know it may as well be “Be meta“. 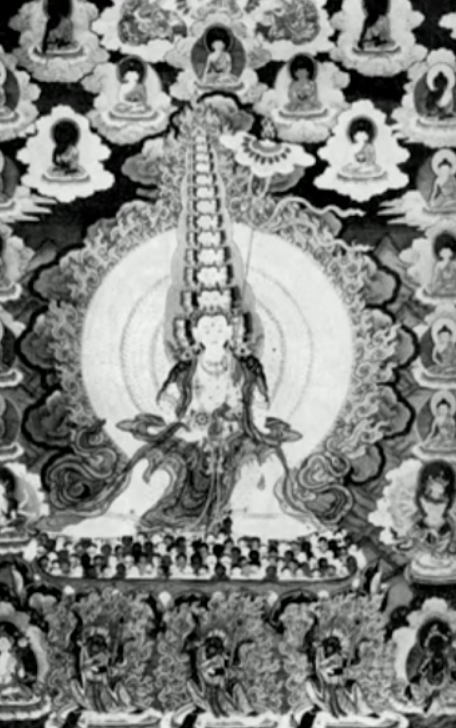 5 thoughts on “The Meta Article”