Black Mirror’s episodes, with the exception of Metalhead I guess, are centered around exploring the human nature in light of such or such technological change. It’s sci-fi at its finest, and is usually very insightful, and extremely well thought of and documented. 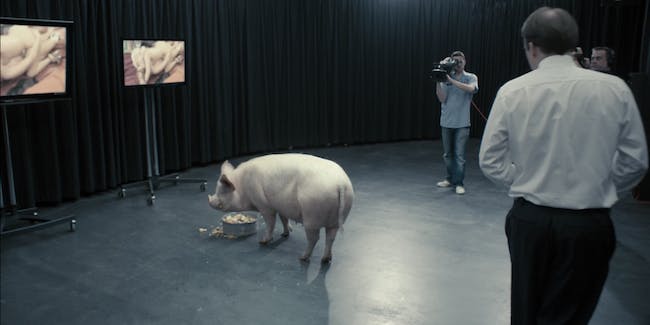 And yet, USS Callister surprises us this season with utter bullshit about transferring consciousness through DNA sample or wanky hollywood-esque nonsensical overly dramatic rescue plans.

actually me during the episode

It’s pretty simple to figure out what happened: the writing staff had a funny idea and they rolled with it. But I’m here to argue that there is something we can salvage from that train-wreck, and it’s about our relationship to media.

The whole of the episode is centered around Daly, a disturbed man who takes out his frustrations in a VR game. The drama part is because the NPCs of the game are conscious people and he tyrannizes them into submission when they break the suspension of disbelief of the game (which is ironically enough what all the inconsistencies do about the episode).

The real point, which the episode misses by a landslide, is “what happens when our playthings are conscious?”. Let’s shelves all the DNA bullshit and people replication here for a second. IA is getting more and more complex, NPCs in games are getting more and more rich, and we still have no idea where the line to consciousness is.

The show surely wanted drama. Nobody would have batted an eye if some dumb kid kept butchering zombies or nazis in their favorite call of or battlefield or whatever. This is even echoed in the episode by the cute ending encounter with Gamer691 which appears trivial in comparison. Yet there comes a point in sophistication when these NPC toys become at least quasi-conscious. Then what happens? Can we still continue using them for their original purpose? When we create a sentient race, can we keep using them and killing them ?

This theme is also present and also missed by a landslide in the great “Hang the DJ” episode where thousands of conscious beings are genocided for the purpose of a dating app simulation without anyone in the public even batting an eye.

So what about the point of USS Callister? Daly is a monster because he did not treat the NPCs in the game as sentient beings. He seems to (reluctantly) acknowledge their agency, but represses tyrannically anything that gets in the way of his entertainment. The tragedy of this episode is that sentient beings are treated as playthings.

Well there’s a metapoint to be made, whether it was willed or not by the showrunners, in the fact that the public of the episodes mostly missed the point in the same way. The episode had to go through great length to build empathy with the NPCs of the game, sacrificing good sense to make them “clones” of approved existing humans, because who even bats an eye when a FPS NPC dies? How long before countless sentient NPCs are butchered without a thought by players all over the world? 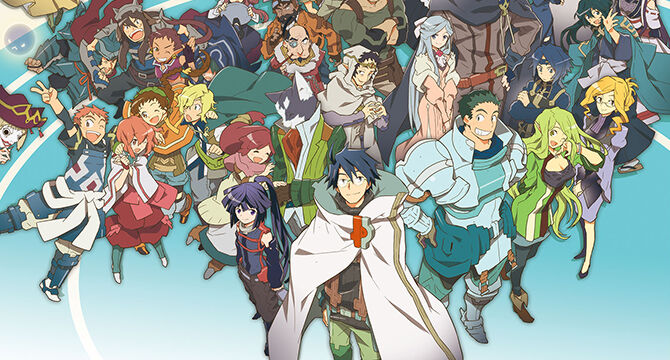 Black Mirror has always been a cruel and bleak portrayal of the most gruesome parts of human society. Think of “White Bear” or “The Waldo Moment”. USS Callister has some of this in a somewhat brilliant meta-consideration.

The whole thing is about Daly indulging himself in brainless media consumption to fill his most animal instincts. He never seems to ponder the implications of his actions. But that’s literally what everyone is doing by enjoying this episode. Fuck reflection, hello catharsis, pandering and self-validation, and too fucking bad if a few sentient characters end up suffering for our pleasure. Daly is not “entitled straight white men”, he’s the whole entitled brainless mass that happily goes to see the latest blockbuster crap without questioning anything in the process. Sure, there is not literally any sentient NPC involved in the making of a show you watch (yet ^^), but choosing to indulge basest instincts over reflection through entertainment media is exactly what Daly does in the show.

In this optics, it works really well that this episode is as incoherent and spectacular (in the etymological “for show” sense) as your average blockbuster. It’s no coincidence that the episode centers around one of the biggest media franchises of this century (which obviously brings to mind Star Wars and Disney) and portrays a parody of AAA movies. By the showrunner’s own admission, “‘USS Callister’ is the most mainstream story [that Black Mirror has ever done.] It’s got some of the beats of a summer blockbuster… ” He even goes so far as to reference explicitely AAA productions in this interview, saying that “[The characters are] in what we call ‘JJ Land’ at the end. They go through the wormhole and end up in JJ Abrams lens-flare land.”

USS Callister shows us what happens when an individual uses entertainment to indulge brainlessly in their animalistic tendencies instead of thinking and trying to better themselves. And based on people’s relationship to mass-media these days, and to this episode in particular, it’s a frighteningly high number of us.

EDIT (June 2018): This article was originally a dare of one of my friends to find anything interesting to say about this shitshow of an episode, but Charlie Brooker recently compared this episode to players torturing their sims, to which the press got vehemently outraged because “everybody tortures their sims”, which obviously is exactly the point. So maybe this essay isn’t such a joke after all…

3 thoughts on “In defense of USS Callister”