I had really high hopes for the season 20 of South Park. Remember, it opened up on the introduction of Member Berries, in an episode where they brought in J.J. Abrams to “reboot” the national anthem (which results in the same national anthem, by the way).

It went on developing in the background an amazing storyline for these Member Berries, questioning the sense of comfort provided by nostalgia and its effect on society during a very special election season. And then it fell flat.

The reason is quite obvious. The showrunners, like a wide fraction of the world, were taken by surprise by the results of the election. Wisecrack details it in this brilliant summary video:

The storyline had to keep pace with the real world and was completely destroyed. Later, Trey and Matt went back to this issue, saying it was too hard to do this kind of satire when “satire has become reality”.

But as disastrous as season 20 was overall, and as much as I was disappointed when it aired, I now realize it holds a very important lesson as to why things came to be that way. South Park often holds a mirror to society, and the mess that this season ended up in echoes the mess in the real world. 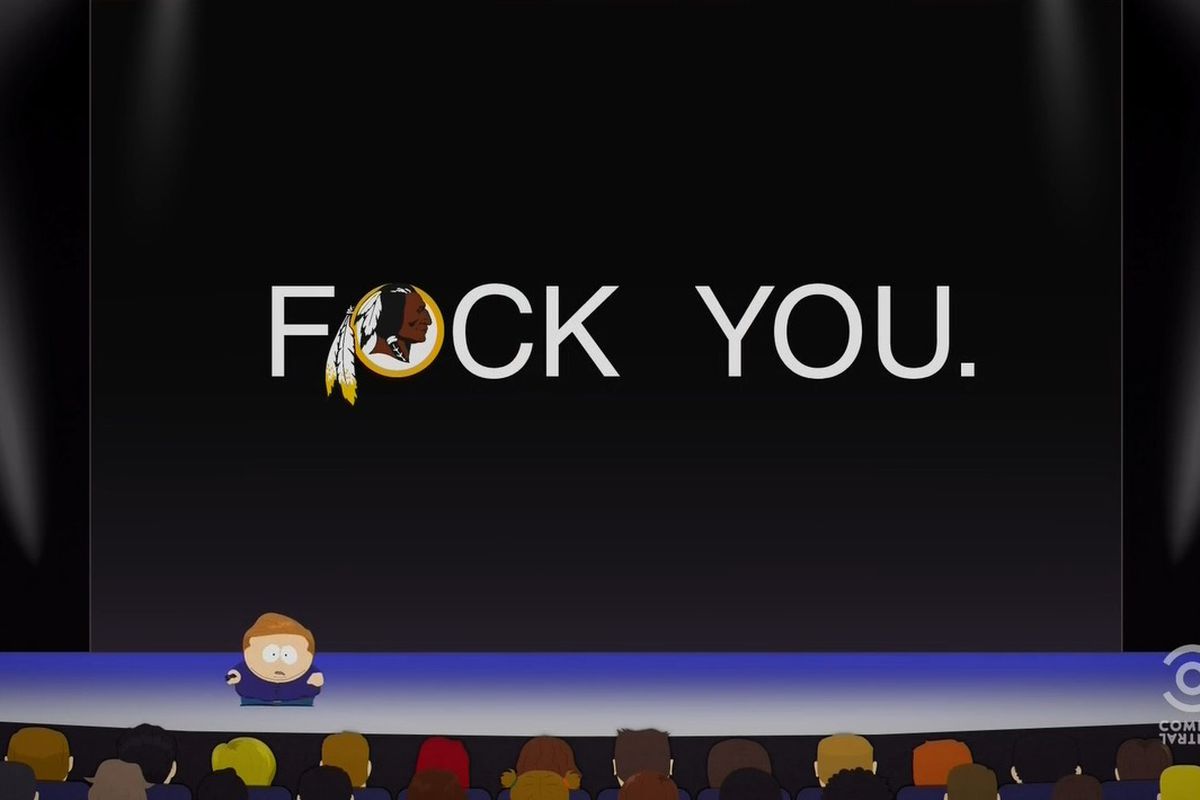 Even though it was destroyed by Trump’s success, the show did, in fact, portray him as pretty popular. It just underestimated how much, and how strong the trend/effect it was analyzing was in the real world. South Park usually mocks mankind by outrageously exaggerating its worst aspects. But this time, mankind even outdid the worst exaggeration possible (which tends to make me think that the situation is pretty serious, but that’s neither here nor there). So in a way, this season made its point, even better than it planned to, at the cost of its own life.

Let’s disregard the hastily thrown together ending and focus on the first 6 episodes: the season, as it was following the election race, does interrogate the reasons for Trump’s success (and by extension the season’s own destruction, so meta). In the show, the major force behind Trump’s success, in addition to the “usual” conservatism, is the Member Berries.

Member Berries brilliantly capture the spirit of our time. Countless reboots are constantly being produced. Major studios are capitalizing on the same franchises over and over again. Star fucking wars is everywhere. We seem to be living in a live tribute to the past in general and the 80s in particular, with Stranger Things, Mr Robot or Ready Player One being the worldwide pandering phenomena that they are.

Nostalgia has become the major selling force. And the reason is crystal clear: that’s what people want. Capitalism is geared towards answering public demand, independently of whether it’s good or bad. And apparently that’s yet another Marvel movie.

The reason for this nostalgia crisis is most likely a fear due to the speed at which the world is changing. Now some people consider it’s not all bad. There’s a brilliant PBS idea channel on the subject:

But South Park shows us the dangers of this trend. I don’t think it’s benign. This comfort nostalgia bubble is akin to the filter bubbles of social networks that have pushed the topic of Fake News on everyone’s lips.

As I wrote in my article about USS Callister, I wonder if we’re on a dangerous slippery slope of pandering brainless entertainment, and nothing shows it more clearly than this nostalgia frenzy. It’s obviously ok to indulge in brainless entertainment every now and then, but doing only that leads to intellectual atrophy. Thought is build through challenge and encounter with new ideas. Thinking and evolving is work and effort, it’s not easy, so it makes a lot of sense that we have a natural tendency to run away from it. But we live in a world governed by capitalism that not only builds up on this natural desire but also encourages it in order to make easy sales. We need to be extremely careful, because every cent given to the Star Wars franchise (among others, it’s just an example, pretty much everything is like that nowadays anyway) puts more fuel on the fire that is this vicious cycle of self-indulgence. 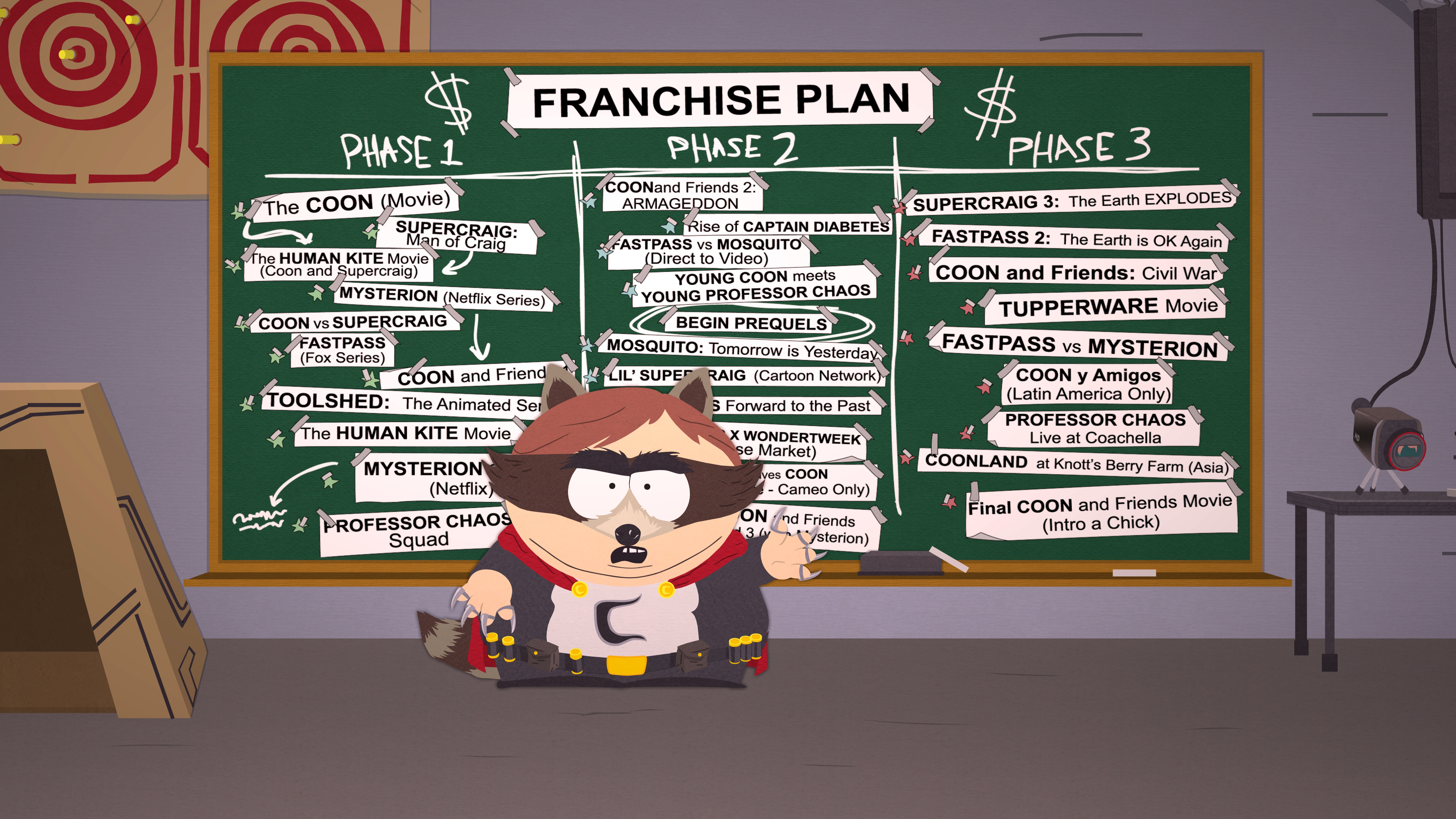 American democracy reminded us once again of what is lurking in the heart of humans. Apparently a non neglectable number of people want to be ruled by someone who declared women should be “grabbed by the pussy” and who banned “science-based” and “evidence-based” from budget discussions. And sure the system is flawed, etc… but it’s still a pretty overwhelming number.

It’s obviously a very complex topic with a lot of nuances and discussions to be had. But this season of South Park captured an element that I think is essential, and that is very often overlooked. This ever present nostalgia  and pandering through brainless entertainment could be dangerous and we should all think twice before encouraging it and being complacent in it, regardless of our political views. Many disagree with Trump, but few disagree with Stranger Things. They may not be as unrelated as people tend to think. The South Park Member Berries story line culminates in this brilliant scene:

This goes back to the great philosophical question of the goodness of human nature on which there is already countless literature. It seems to me that human tendency to not want to think needs to be fought actively (cue Nietszche’s ubermensch reference), because it’s so easy to give way to the Member Berries and indulge in what’s comfortable.

I’ll leave you with my favorite quote from the season of South Park that will go down in history as the season when mankind went further than satire.

– Not those stormtroopers! The real old ones. People want to ‘member? They’re gonna ‘member.