Circumstances have kept me away from writing this article that has been burning in the back of my brain ever since I went to the local premiere of Makoto Shinkai’s latest movie – Tenki no Ko (weathering with you), in presence of the director himself. So let’s eagerly jump into it, with a lot of spoilers ahead for a movie you probably shouldn’t see. 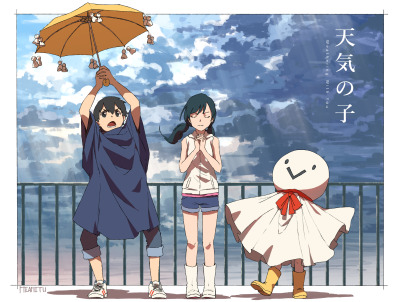 I’m a big fan of Makoto Shinkai, and have been following his career with attention, including a bunch of interviews. Lately, he’s been finding inspiration in real world tragedies. Kimi no na ha (your name) was self-admittedly inspired by the nuclear disaster in Fukushima. It strikes me as a bit odd how you go from a real world tragedy to a fiction “love comedy” like that, but I can kinda see it, I guess it has something to do with awe in the face of something so much bigger than humans, or something about how beautiful human connections/solidarity are in the face of difficulties…

This time Tenki no Ko is apparently inspired by global warming (the movie directly echoes many “record rains/temperatures/cyclones” that the director was telling us about seeing on TV). Very brief summary: in a world where the weather is getting worse and worse, a girl has the magical power to bring about the sun with certainty. She realizes that the only way to stop the trend towards environmental catastrophe is for her to disappear, which happens.

I’ll skip the problems I have with the cliche element of the story or its execution (and even over the borderline climate-skepticism ^^) to focus on what comes next. In a somewhat unexpected turn of events, the boy-love-interest refuses to sacrifice and comes to her rescue and persuades her that she should live, so she un-disappears and environmental catastrophe happens.

Let me start by saying that I fully understand what the director was going for here. In the Q&A, he was explaining how our polarized society has become extremely judgmental and that it was important to be more tolerant, forgiving and let people live. He obviously also wanted to show that even if the environment is completely destroyed, we can still rely on human connections, find each other, find happiness, and ultimately live. He wanted it to be a message of hope and tolerance in the face of a gloomy future, and on some level I appreciate and respect this. 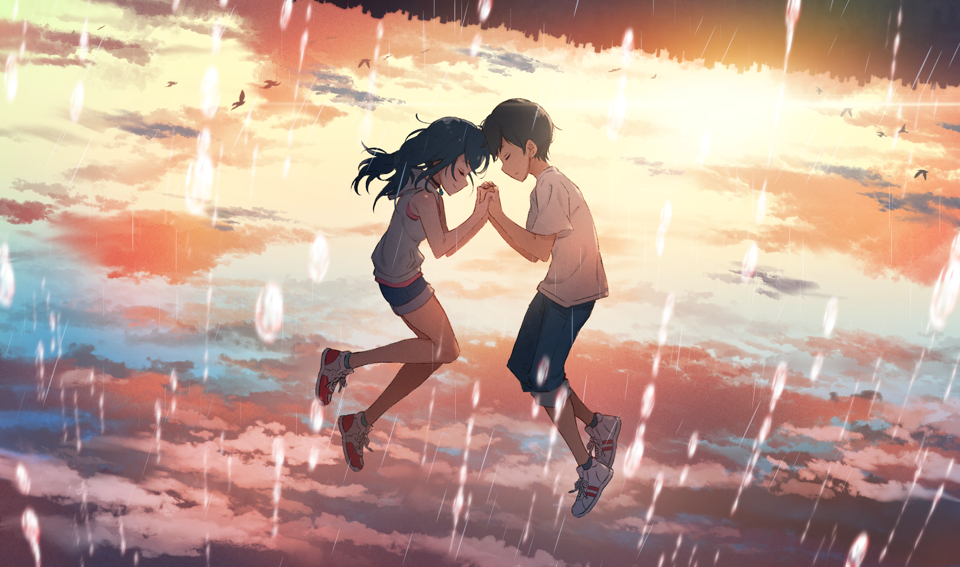 But this doesn’t mean we can ignore the content and implications of the movie, whose main motive is essentially “it’s okay to follow your desires even if it destroys the world”. Boy-love-interests simply willfully chooses the girl, meaning his desires, and by extension the material comfort of consumerist life, over actual efforts to solve the world problem. He chooses the selfish and easy way, even if it causes terrible consequences. Granted the situation would have been more complicated from the point of view of the girl, but the movie follows the boy.

And that’s where I fundamentally disagree with the premise of the director. Sometimes when the stakes are so big it’s dangerous to cut oneself some slack and celebrate it. Huge problems like global warming simply can’t be solved by following the easy path. They require constant effort and attention. I don’t remember if the Q&A or the movie was mentioning that the character’s actions were okay because catastrophe “is not one’s person fault”, but using this to rationalize and exonerate individual actions is obviously a very dangerous slope. In actuality, it’s not one’s person’s fault means it’s every person’s fault and problem, and it’s simply not okay to not do effort and be proud of it. Seems like it’s precisely what got us into this mess. 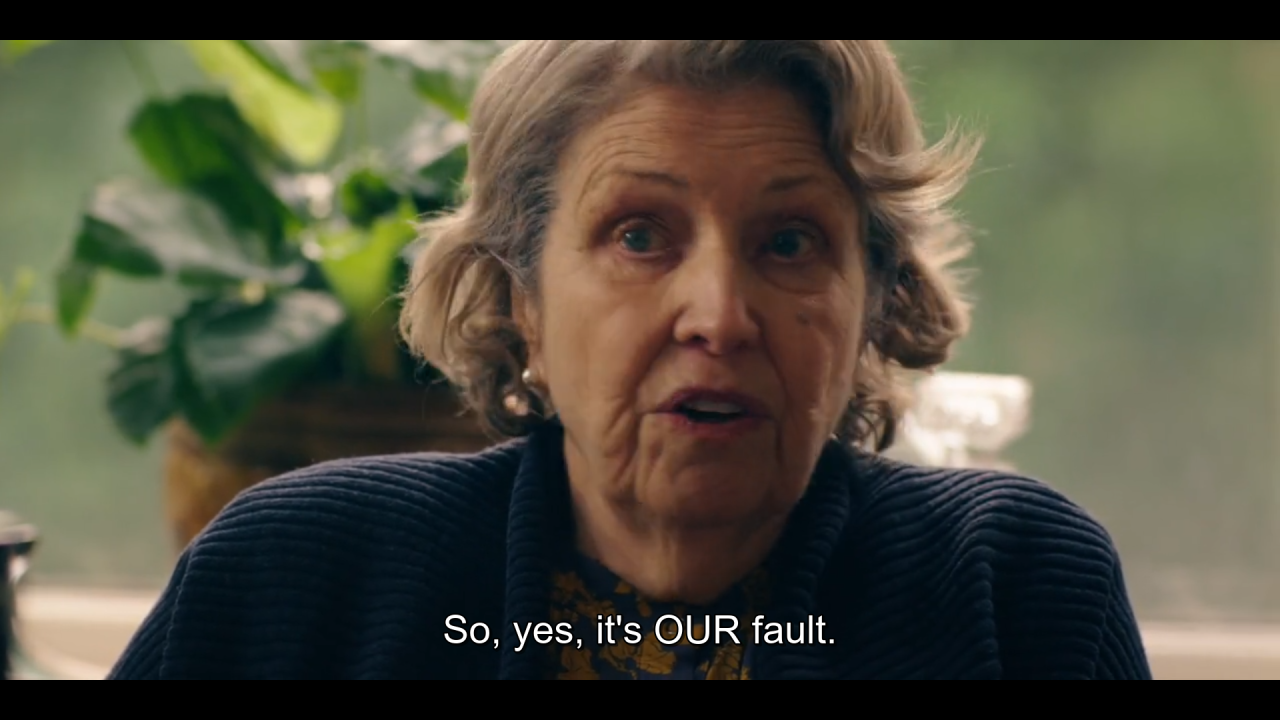 In the Q&A, Shinkai was telling us that one of the things he cared the most about this movie was a scene at the end where the girl, back in a now destroyed world, was looking over the result of the catastrophe addressing a silent prayer. He was using this to justify that the characters cared about the world. not this one, imagine it under the rain

But of course they care, just not enough, and this scene illustrates the problem with a tragic clarity. Her empty prayers are too little too late, completely ineffective, especially when put in contrast to the actual effort that was effective. In a way, this picture shows brilliantly that intentions and care are not enough, and that they mean nothing compared to our choices and actions which are what destroyed this universe. This  may make her feel better, but it doesn’t actually help anything, and it may even become dangerous/negative if used to disculpate destructive actions (“I know I’m doing the wrong thing, but I still care and pray it away”). We actually have a great example and all know too well how effective are “thoughts and prayers” at stopping the mass shootings in some parts of the world.

This movie’s accidental depiction of the meaninglessness of intent versus choices and actions is pretty beautiful and certainly its greatest success. This is all well and good, but it wouldn’t be this blog if we just stopped there and didn’t dig a little more, would it? When all is said, I may have had a very hard time watching this movie, but I still think there are two extra noteworthy points to take out of this… morally questionable enterprise. 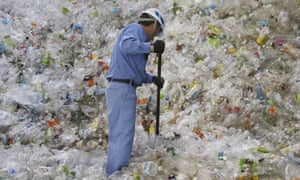 The first one is a great cautionary tale about the appeal of individualism, consumerism and material comfort. Japan, with its mostly-coastal cities and its frequent typhoons, is certainly being hurt pretty bad by the climate crisis. But if even Japan can rationalize choosing consumerism over environmentalism, it says a lot about how strong its appeal is, and how strong efforts need to be in order to stop its excesses. If even the regions most impacted by its side-effects can be seduced into an over-indulging lifestyle, the will we must deploy to counter this attraction is quite formidable. Especially when inaction is always easier. 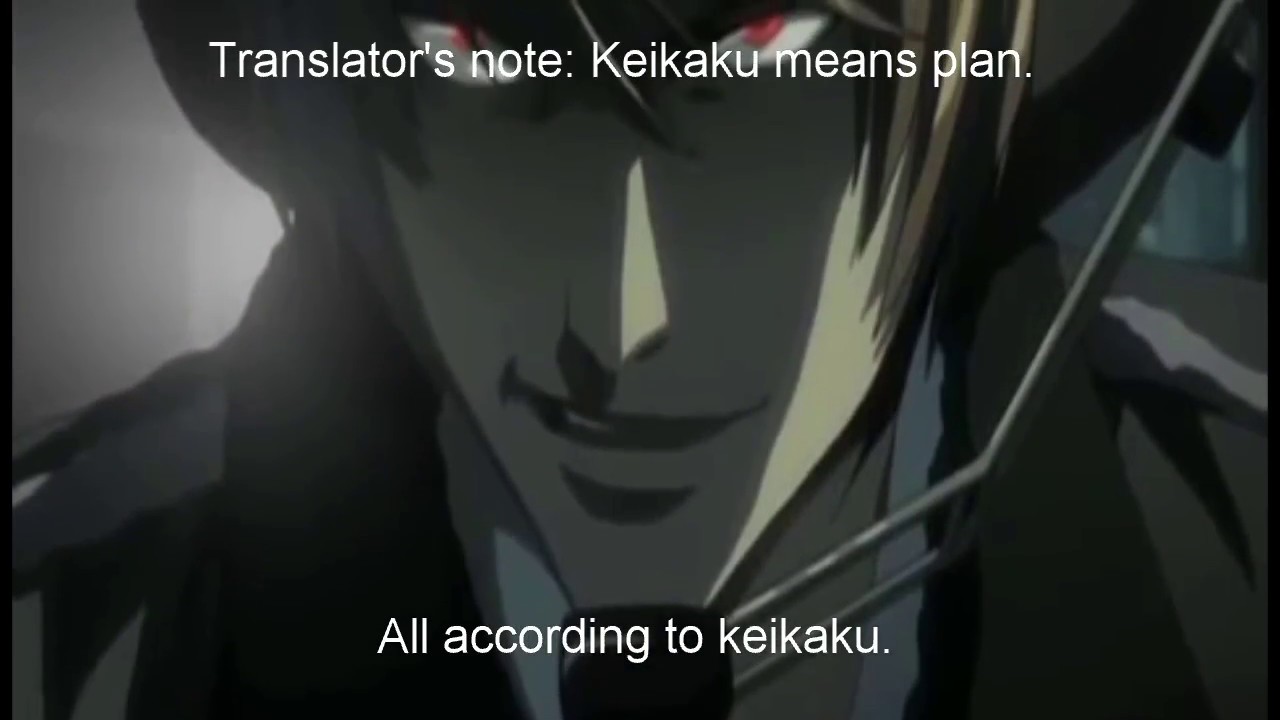 The second point is about intent: as I said, I have no doubt that Makoto Shinkai did not set out to make a pro-climate-crisis movie, and just wanted an uplifting tale of hope. So this movie is actually a great example of how you can end up writing something very questionable even with the best intentions, without realizing it. It’s so easy (perhaps inevitable) to be misunderstood or have unintended consequences. You can probably never be sure that what you say or write doesn’t have a potentially completely opposite effect to your original intent. So be careful about what you say and do, and the way you do it. And most importantly, be lenient with others, be tolerant and forgiving. Through a weird roundabout (and meta) way, Makoto Shinkai actually demonstrates with this movie what he wanted to say in it.