When I turned to my friend and said “I think I may write one of my overanalyzing mock essay about Katamary Damacy and capitalism”, I expected the usual rebuke of “stop bringing up capitalism about everything”, but something weird happened. Instead, they said “yes, of course, it’s well known”.

And indeed, it seems that the creator Keita Takahashi declared that his game was about mass overconsumption. And there is a fair amount of analyses that detail how it goes about tackling this theme. A very nice once is for instance this video:

Katamari is a game about working hard at cleaning a mess that isn’t yours in systems that belittle you just to get through the day.

But even though this topic has already been tackled, I still believe that there are a few thoughts that I haven’t seen brought up, so I’d like to bring them to the table!

Why are there dice and batteries lying on the floor everywhere? It doesn’t make sense! But the rules of the game demand it. The market doesn’t always respond to an obvious sensical logic. 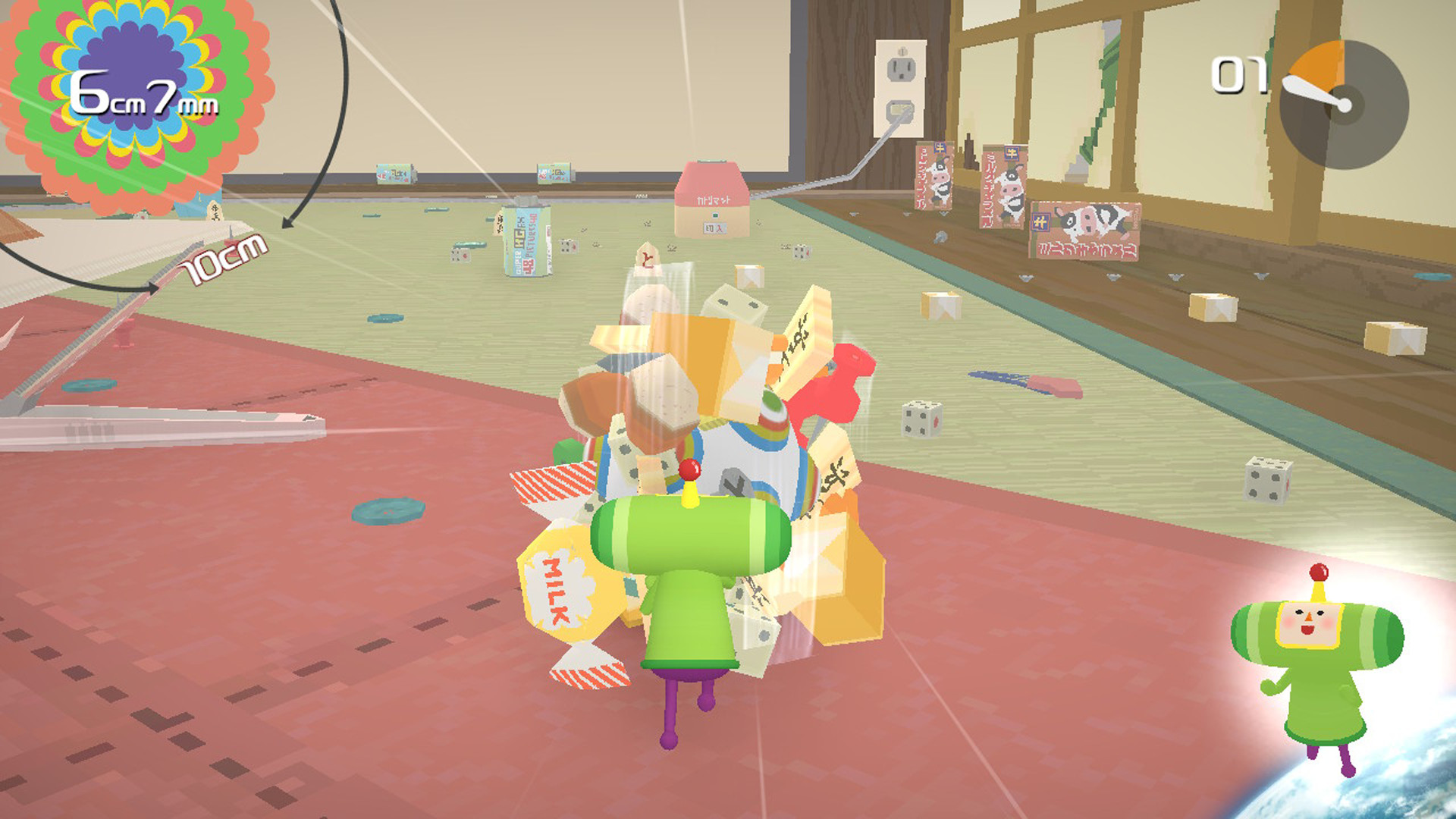 And it yields some… curious comparisons. 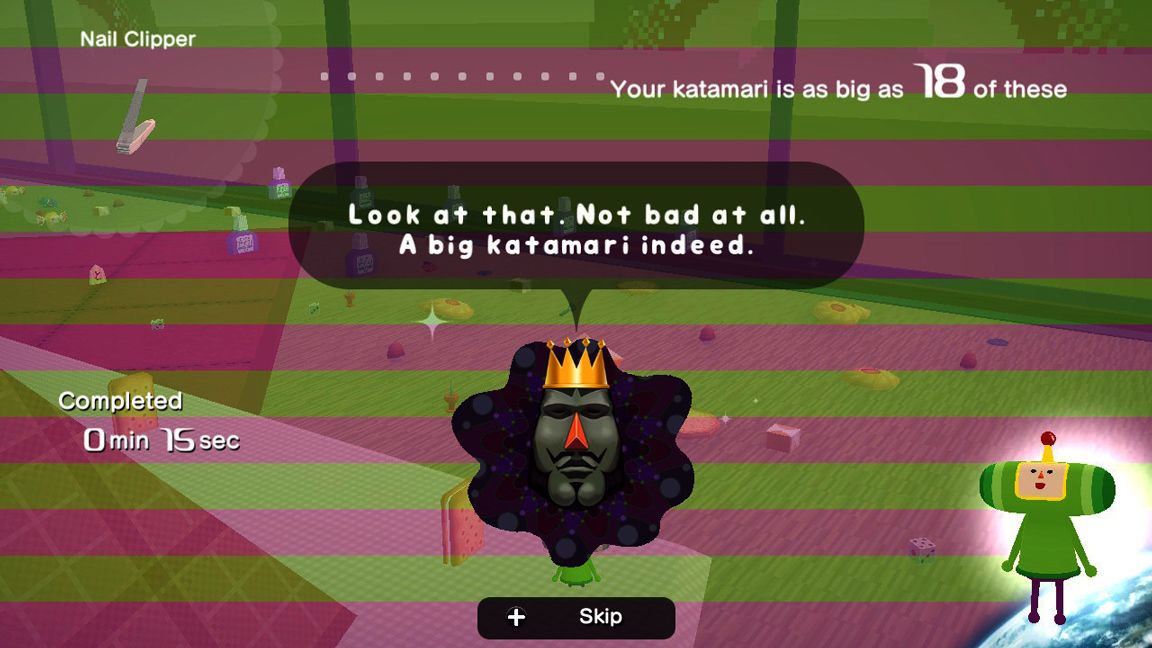 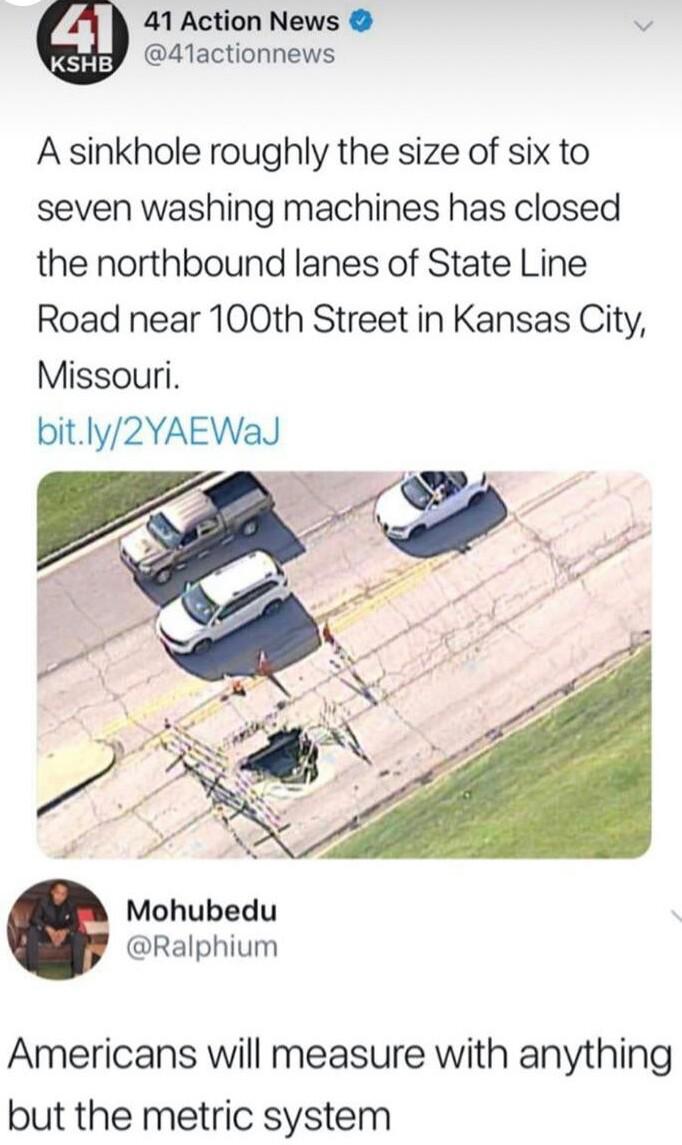 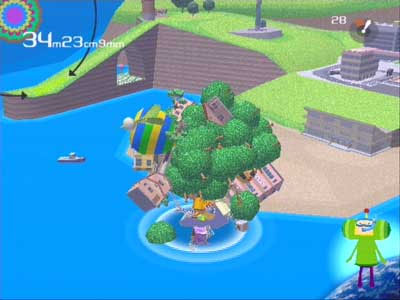 Everything goes into the katamari. Literally nothing can stay “outside the system”. Anti-system movements get absorbed into the system.

Look how special you are! This is your very custom katamari! You get to express yourself within a well defined boundary in the system! You even get a token custom reward (nothing much, just a minor title). Except well, there isn’t that many items in the level, so how different can anyone else’s be? Not to mention everyone also made a katamari.

Dues to the logarithmic scaling and the timer, it’s pretty hard to gauge if you’re going to meet your goal or not. You’re in a constant state of uncertainty, which pushes you to do more. I have no idea how people can describe this game as relaxing. As an added bonus, though, whatever you do won’t be appreciated by the king, of course.

Everything goes back to the investors.

What you’re consuming is literal shit. 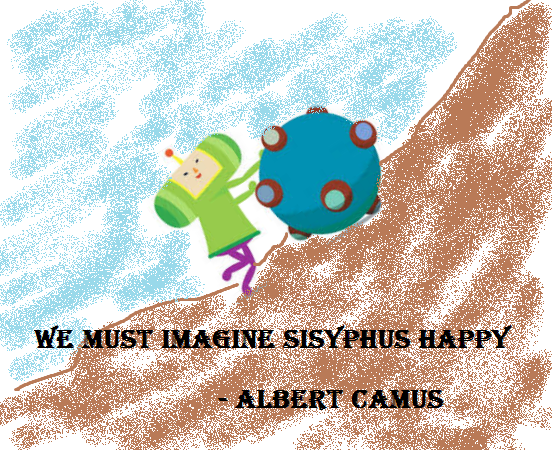